Some cannabinoids interact with the endocannabinoid system. There are three general categories of cannabinoids: 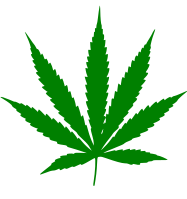