A concentrated cannabis product most commonly produced by using a solvent like CO2, alcohol, or butane. Solventless extracts are also popular, produced by mechanically separating the trichomes from the flower (a.k.a. hash, rosin).

Solventless methods of extraction aim to seperate and collect the oil-rich trichomes from cannabis flower. Solvent-based extraction methods use a solvent (CO2, alcohol, oil, hydrocarbons) to seperate the oil. 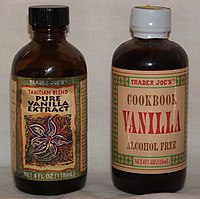 An extract is a substance made by extracting a part of a raw material, often by using a solvent such as ethanol or water. Extracts may be sold as tinctures, absolutes or in powder form.