Public Health England offers clarity on the issue of vaping and lung disease in the United States as the Centres for Disease Control lets down its public.

Professor John Newton, Director of Health Improvement for Public Health England (PHE), has offered clarity and reassurance on the subject of vaping and lung disease in the United States. Although the Centres for Disease Control (CDC) has recently updated its position on THC products, it still advises everyone not to vape.

The CDC is currently warning people about “a multistate outbreak of Salmonella Dublin infections in ground beef” [link]. Unlike with vaping [link], it is not calling this a meat-related problem or advising the general public to avoid eating any meat.

Professor Newton writes: “Since mid-September, headlines around the world have warned about an outbreak of serious lung disease across the US, said to be associated with vaping. As of October 22, 1,604 cases have been reported to the Centre for Disease Control from 49 US states, including 34 deaths.”

The CDC’s response to this outbreak has been woeful and those responsible have lost all sense of perspective. Despite the serious nature of the illnesses, according to the CDC tobacco smoking causes “1,300 deaths every day” in the USA [link], that’s almost 4000% higher than the THC outbreak. 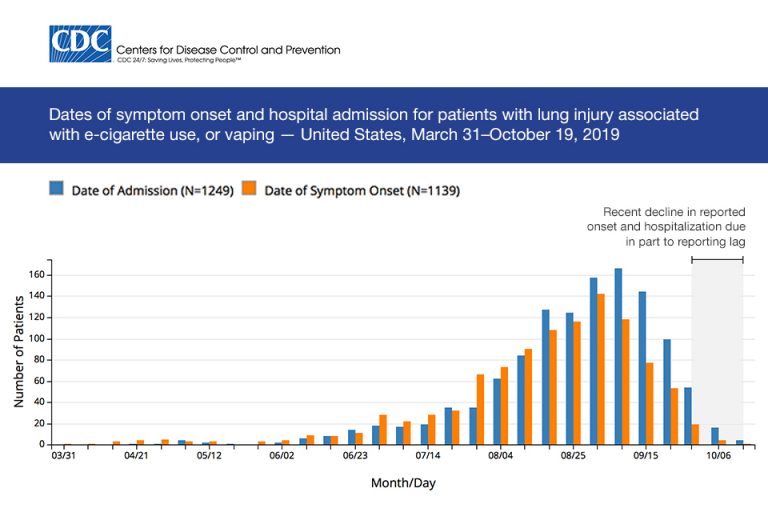 “The outbreak does not appear to be associated with long term use of nicotine e-cigarettes, which have been used in the US for over 10 years. Because of what’s happened, several US states have banned the use of flavourings in e-cigarettes and have called for urgent action.” 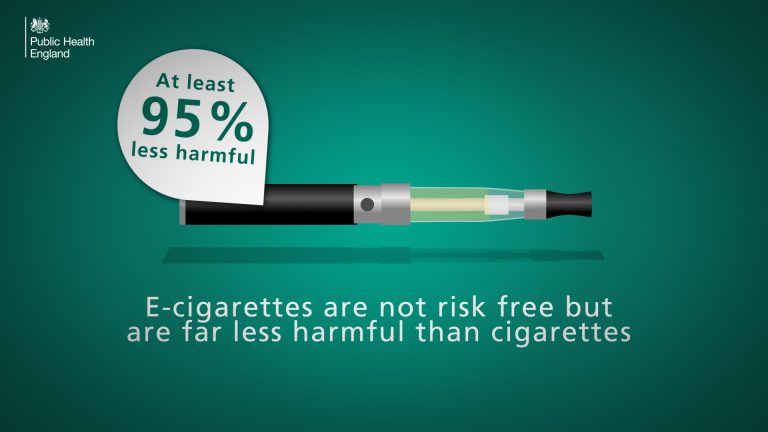 PHE’s Director of Health agrees with other harm reduction advocates that the CDC’s flawed response is having a dangerous impact: “Our concern is that the responses we have seen to the problem in the US and in other countries may increase the already widespread misunderstanding about the relative safety of nicotine e-cigarettes, deterring smokers from switching and risk driving vapers who have switched back to smoking. There is a real risk therefore that such a reaction will mean people continue to smoke, which will undoubtedly put lives at risk.”

He believes the main issues is probably linked to the use of Vitamin E acetate oil and, despite being banned in this country, POTV recently highlighted a company based in Poland that is marketing them across Europe – and received a threat of court action for our efforts.

Despite this, Newton coninutes: “No vaping related cases like in the US have been reported to the EMCDDA [The European Monitoring Centre for Drugs and Drug Addiciton] by its EU Early Warning System Network to date.”

“PHE has not changed its advice on nicotine containing e-cigarettes: Smokers should consider switching completely and vapers should stop smoking. We are as certain as ever that e-cigarettes are far less harmful than smoking, which kills almost 220 people in England every day.”

IMAGES COURTESY OF THE CDC AND PUBLIC HEALTH ENGLAND